1999 – The Beginning
The Martial Arts Unlimited Association is founded on Yokota Air Base in Tokyo, Japan from Progressive Martial Arts Instructor A.J. Weimer. The association was one of the only schools at that time offering multiple martial arts in one location.

2001 – Exhibition to the TroopsMAUA founder A.J. Weimer and UFC Champion Royce Gracie perform Gracie Jiu-Jitsu exhibitions to the U.S. troops around Japan. The events were held on various military installations to boost morale and support the troops.

2003 – Opening the Doors
MAUA was started originally for just the military but in 2003, the association opened its doors to the public offering training to its first set of civilians in San Diego, California.

2004 – The Birth of Something Great
MAUA leadership establishes affiliations with the United States Martial Arts Association for America and the Shinobu Dojo for Japan and Asia. In addition to the new affiliations, MAUA also finalizes the first comprehensive self-defense system designed specifically for the association called ZenTai JuJitsu, also known as Total Fighting Concepts.

2006 – The Birth of the Instructor
MAUA creates five basic levels of instructorship thereby removing the focus of the traditional “Dan” ranks for blackbelts. This gives instructors more meaning to the rank attained and a better understanding of what that level means.

2010 – The Warriors Unite
The first ever gathering of all MAUA instructors in one place happened during the Warriors Weekend event at the association’s Head Dojo in Sumter, South Carolina.

2012 – Establishing the MAUA
MAUA ranked in the top 3 of the Tri-State Grappling Championship out of 27 other schools and 17 associations under the leadership of Managing Director J.D. Olsen.

2013 – Building for the Future
The Instructor Candidate Course was designed to teach students how to be a vetted qualified instructor under the MAUA. Wanting to make this knowledge available to all instructors and students, the MAUA designed the first online training course called MyICC where the entire program is done online.

2017 – The Social Connection
With the birth of social media and the digital age, the MAUA established its online social media presence and obtained over 14,000 followers from 40 different countries. 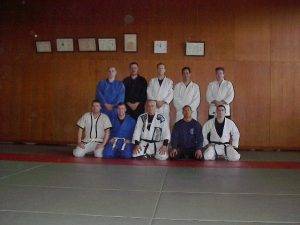 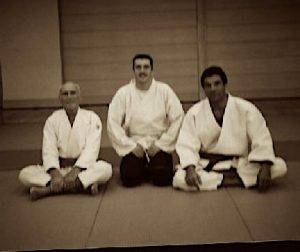 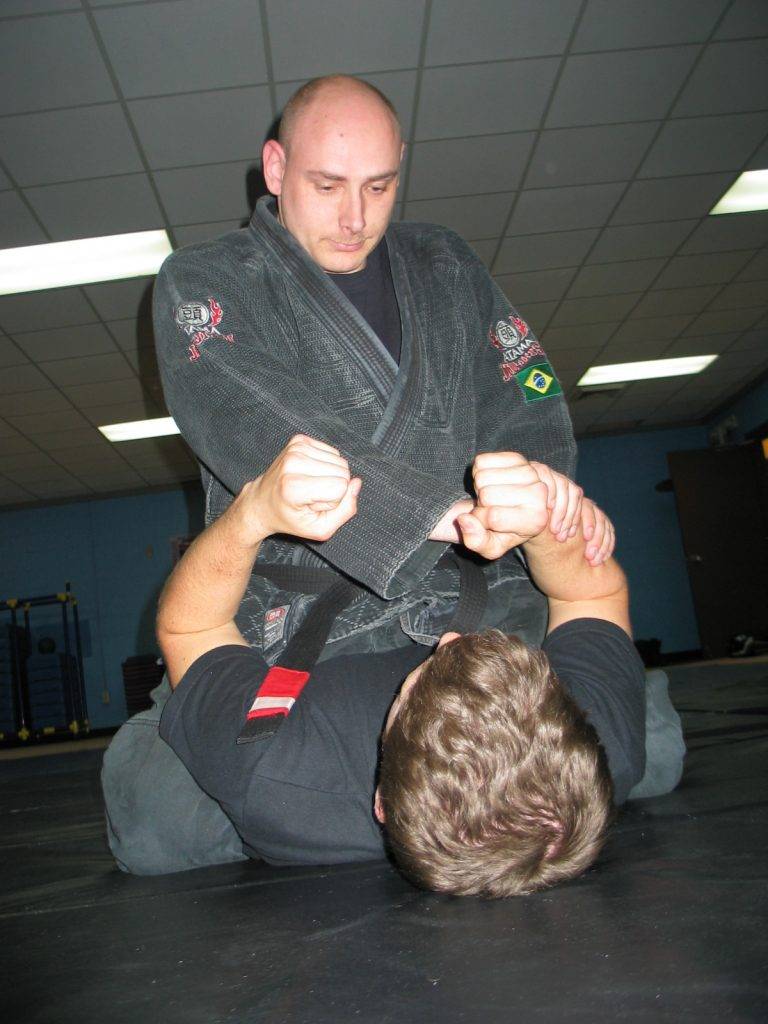 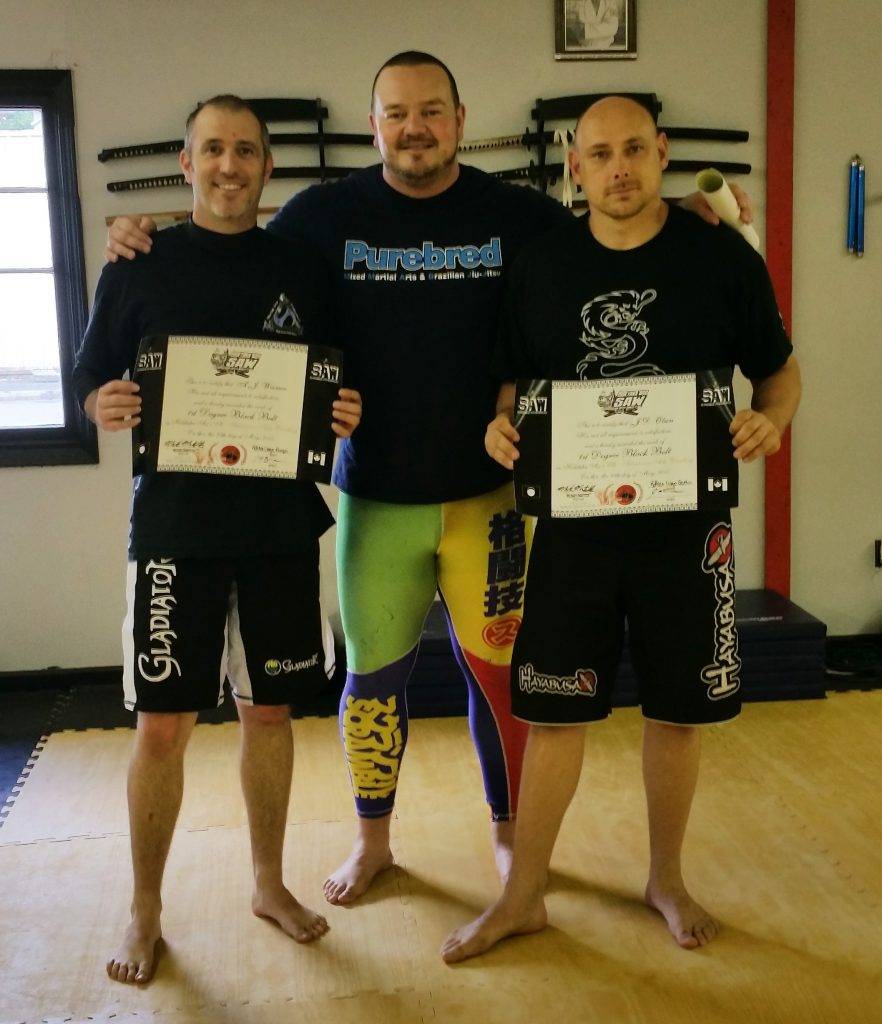 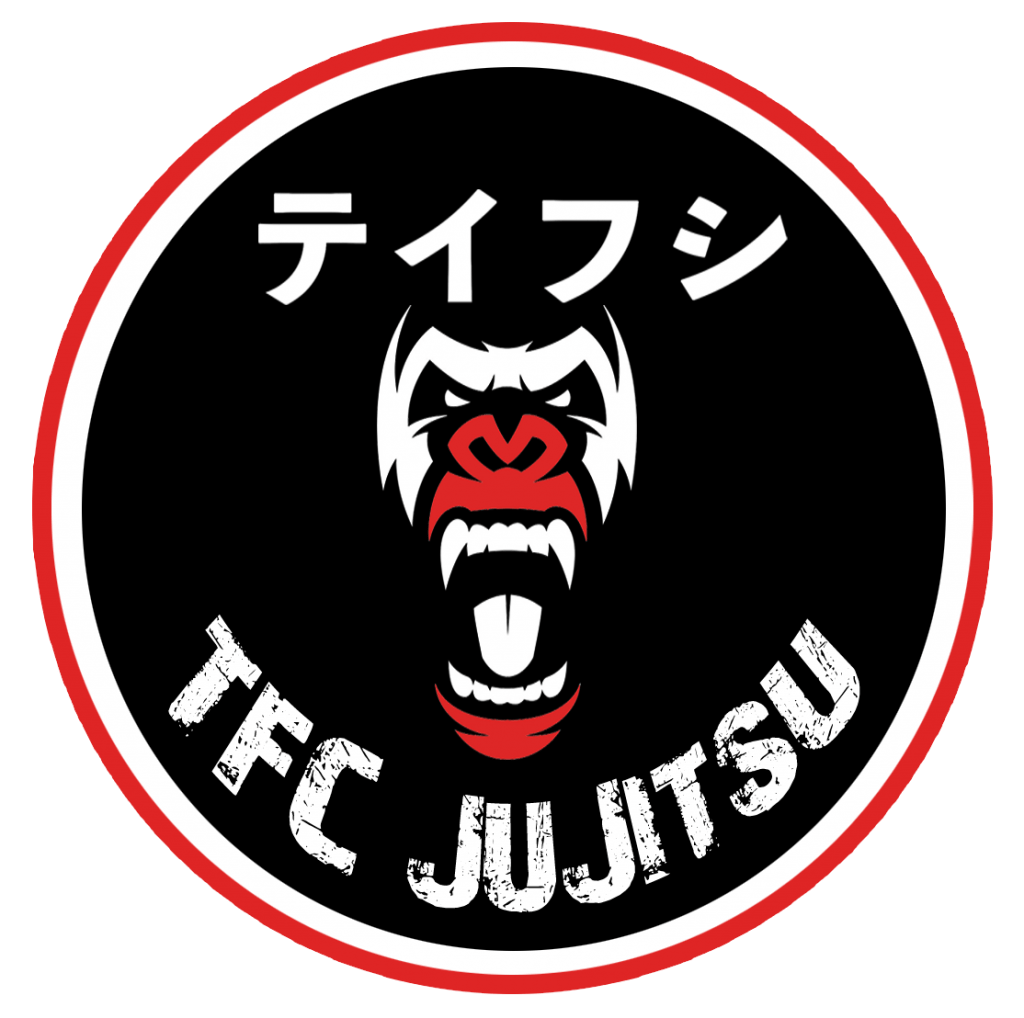 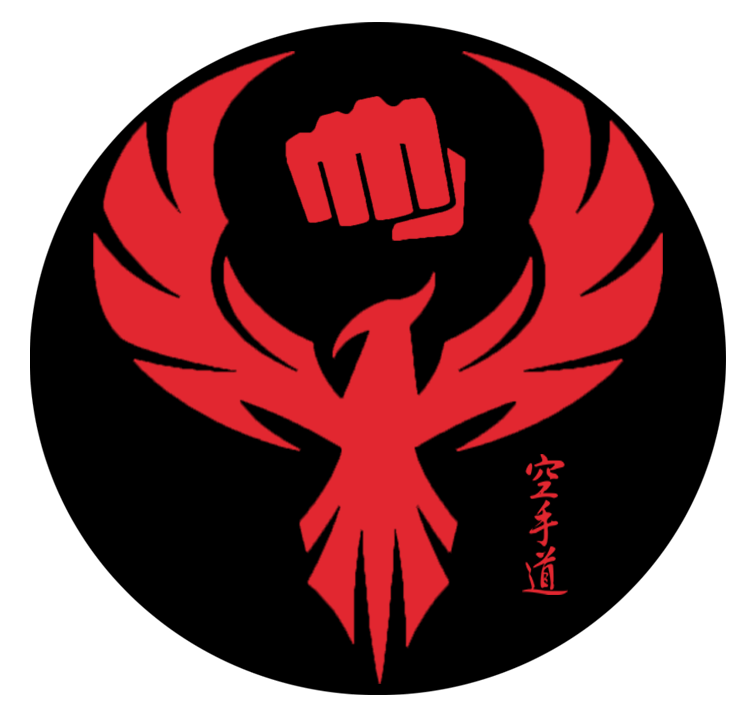 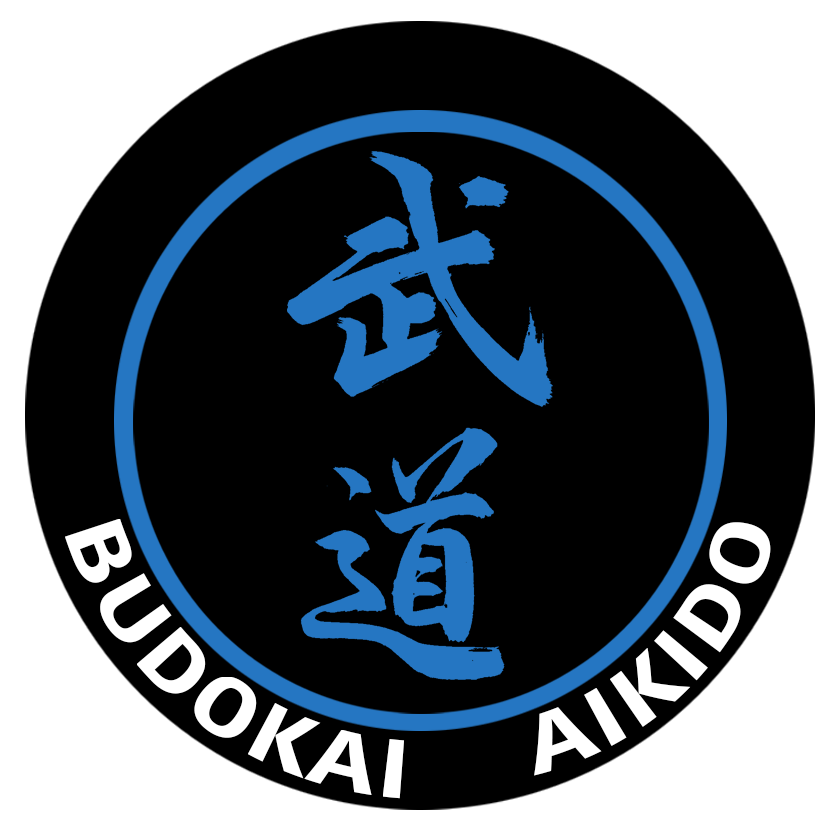 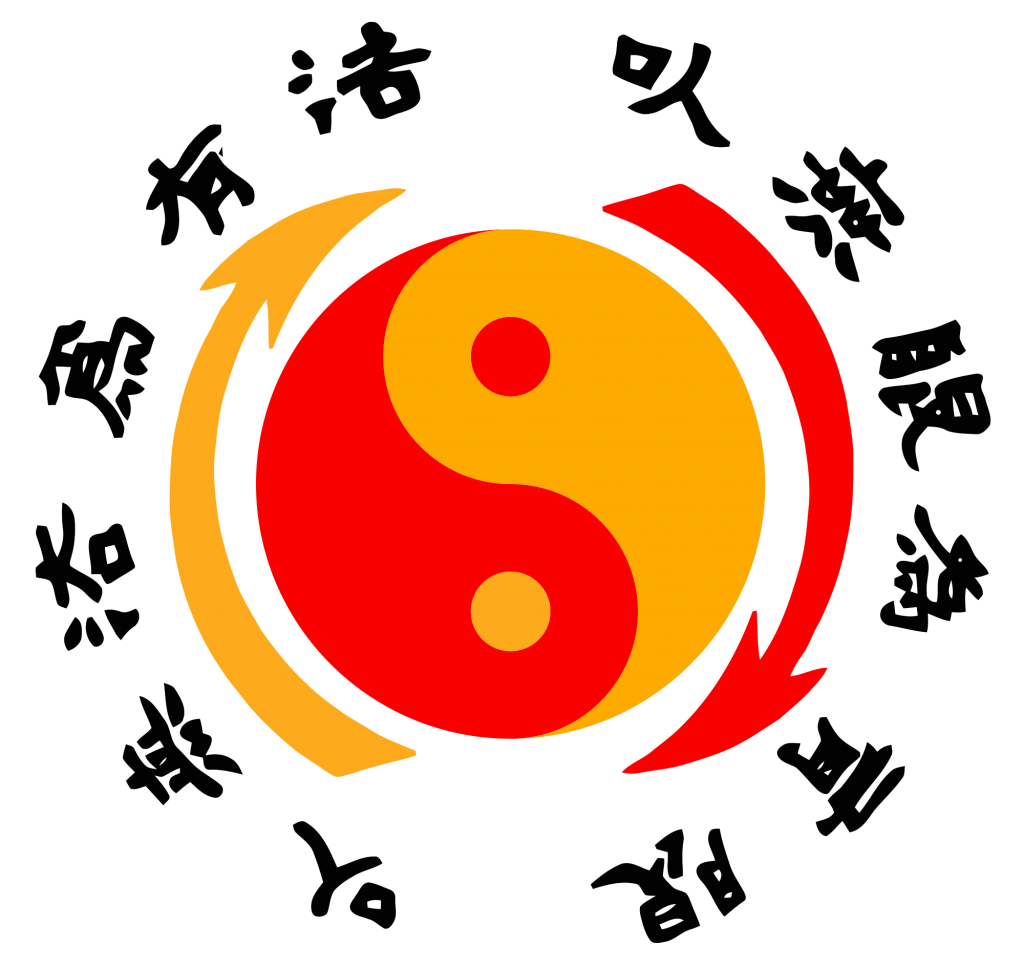 TFC stands for “Total Fighting Concepts” and is a self defense system built on 5 basic ranges:

Using this tool to teach and train by range allows the instructor to insert any blend of martial art that fits the range. The art’s foundation comes from Aiki-Jujitsu, Filipino Martial Arts, Japanese Submission Fighting, and Thai Boxing.

All-Japan Submission Fighting (AJSF) art is part of the All-Japan Joint Technique Federation based Kansai, West Japan. The origins of this martial art are Kitu-Ryu JuJutsu, Ninpo Taijitsu, and Hidetaka Aso’s Submission Arts Wrestling. Since the lineage of this art has multiple sources from Japan, the Martial Arts Unlimited Association reorganized this grappling and fighting program to be called the All-Japan Submission Fighting art or AJSF. This art is unique by itself as it incorporates both the practical aspect of fighting in addition to the ability to compete.

The foundational principles of the AJSF are:

Yoshin Budokai Aikido (Budokai Aikido) means, “cultivating strength” and is a unique combative style of Aikido to the Martial Arts Unlimited Association. Aikido techniques consist of entering and turning movements that redirect the momentum of an opponent’s attack, and a throw or joint lock that terminates the technique.

Aikido derives mainly from the martial art of Daitō-ryū Aiki-jūjutsu, and was founded Morihei Ueshiba. The Martial Arts Unlimited Association’s Budokai Aikido comes from both Gozo Shioda and Koichi Tohei, both senior students of O’Sensei Ueshiba and both have unique Aikido philosophies.

Our Karate program known as Shuri-Te Karate comes from a pre-world war II Okinawan martial art that began as far back as the 1400’s.  Shuri is a region in Okinawa where this martial art was birthed.  Over the years it has gone through many changes and revisions with previous grandmasters altering the art to keep up with the modern times.  Today, our association proudly sponsors this art as a unique style of Karate blending the ancient ways of the Samurai with the modern day warrior.  This martial art was restructured from outdated martial art to a blend of combat tactics and self-defense concepts to include weaponry, ground technique, and joint locks.

Kamot means hand and Lihok means motion.  Taking the “Ka” and the “Li” from both words gives “Kali” or hand motions.  Kali is the mother art from the Philippines where Arnis and Eskrima also originated.  The Progressive Kali System (PKS) comes from influences with the families of Locoste, Villabralle, Presas, and Inosanto.

PKS is built on 7 systems:

Each system is taught through a module system or can be combined in a traditional curriculum format.

Catch as Catch Can Wrestling

Our catch wrestling division is made up of Submission Arts Wrestling and Pankration under MAUA’s division director and SAW 5th Degree Mike Martelle who is also a registered IBJJF black belt under Professor Enson Inoue of the PUREBRED team.

Submission Arts Wrestling (SAW) [サブミッションアーツレスリング] is modern Catch Wrestling based Japanese Martial Art and Combat Sport that incorporates elements from Sambo, Judo and Jiu Jitsu. Founded in the 1980′s by Hidetaka Aso, a student of Karl Gotch, SAW constitutes a NO-GI grappling system that focuses in forcing ones opponent to submit by employing “chains” of chokes and joint locks. One of the trademarks of SAW are its many variations of devastating leglocks. Like its predecessor, SAW supports the belief that a submission can be obtained by establishing either a position or a hold. The practice of Submission Arts Wrestling relies on solid technical principles, live sparring sessions and specific conditioning.

The origins of Pankration are in ancient Greek mythological traditions, according which Heracles and Theseus, are the inventors of the sport, since they first used its techniques to confront the Nemea Lion and Minotaur respectively.  Pankration was included in the Olympic Games in 648 B.C. and it constituted integral part of all major and local athletic contests in the Classical and Roman periods, from Italy to Anatolia and from Black Sea to Egypt. Pankration became the most popular sport of antiquity because of the large demands it required from the athletes, the diversity it provided as a spectacle and the excitement it created at the audience. These characteristics are evident in its ancient name, Pankration, which literally means “to dominate totally”.  Our division of Pankration, though registered with the International Federation of Pankration Athlima in Greece, is part of the Canadian Pankration Federation under Mike Martelle.

In the mid-1800’s in Japan, there were a large number of styles (“ryu”) of jiu-jitsu (sometimes spelled “jujitsu”). One young but skilled master of a number of jiu-jitsu styles, Jigoro Kano, founded his own ryu and created the martial art Judo (aka Kano-ryu jiu-jitsu) in the 1880’s.

One of Kano’s students was Mitsuo Maeda, who was also known as Count Koma (“Count of Combat”). Maeda emigrated to Brazil in 1914. He was helped a great deal by the Brazilian politician Gastão Gracie, whose father George Gracie had emigrated to Brazil himself from Scotland. In gratitude for the assistance, Maeda taught jiu-jitsu to Gastao’s son Carlos Gracie. Carlos in turn taught his brothers Osvaldo, Gastão Jr., Jorge, and Helio.

In 1925, Carlos and his brothers opened their first jiu-jitsu academy, and Gracie Jiu-Jitsu was born in Brazil.

At this point, the base of techniques in BJJ was similar to those in Kano’s Judo academy in Japan. As the years progressed, however, the brothers (notably Carlos and Helio) and their students refined their art via brutal no-rules fights, both in public challenges and on the street. Particularly notable was their willingness to fight outside of weight categories, permitting a skilled small fighter to attempt to defeat a much larger opponent.

In the early 1990’s, Rorion Gracie moved from Brazil to Los Angeles. He wished to show the world how well the Gracie art of jiu-jitsu worked. In Brazil, no-rules Mixed Martial Art (MMA) contests (known as “vale tudo”) had been popular since Carlos Gracie first opened his academy in 1925, but in the world at large most martial arts competition was internal to a single style, using the specialized rules of that style’s practice.

Rorion and Art Davie conceived of the Ultimate Fighting Championship. This was a series of pay-per-view television events in the United States that began in 1993. They pitted experts of different martial arts styles against each other in an environment with very few rules, in an attempt to see what techniques “really worked” when put under pressure. Rorion also entered his brother Royce Gracie, an expert in Brazilian Jiu-Jitsu, as one of the contestants.

Royce dominated the first years of the UFC against all comers, amassing eleven victories with no fighting losses. At one event he defeated four different fighters in one night. This, from a fighter that was smaller than most of the others (at 170 lbs, in an event with no weight classes), looked thin and scrawny, and used techniques that most observers, even experienced martial artists, didn’t understand.

In hindsight, much of Royce’s success was due to the fact that he understood very well (and had trained to defend against) the techniques that his opponents would use, whereas they often had no idea what he was doing to them. In addition, the ground fighting strategy and techniques of BJJ are among the most sophisticated in the world. Besides the immediate impact of an explosion of interest in BJJ across the world (particularly in the US and Japan), the lasting impact of Royce’s early UFC dominance is that almost every successful MMA fighter now includes BJJ as a significant portion of their training.

The takenouchi-ryu martial art system founded in 1532 is considered the beginning of Japan’s Jujitsu forms. Judo was derived from Jujitsu, the art for either attacking others or defending oneself with nothing but one’s own body.  In 1882, Dr. Jigoro Kano (The Father of Judo) made a comprehensive study of the ancient self-defense forms and integrated the best of these forms into a sport which is known as Kodokan Judo.

Jeet Kune Do was originally created by martial arts legend Bruce Lee in 1967. Reacting against what he saw as stale traditional martial arts that had little to do with real world combat, he created Jeet Kune Do to emphasize adaptability and fluid combat maneuvers that could be used in a variety of situations. He wanted to create a martial art that could “be like water,” that is, flowing and adaptive. He emphasized the importance of striking without telegraphing one’s move to create an unpredictability that confuses one’s opponent.

Iaido is rooted from IaiJutsu (sword technique) and began in the mid-1500’s. Hayashizaki Jinsuke Shigenobu (1542 – 1621) is widely accepted as the founder of Iaido.

Iaido is one of the Japanese traditional Budo concerned with drawing the blade and cutting in the same motion. (Budo means martial arts or military arts in Japan). A typical form consists of the draw and cut, a finishing cut, cleaning the blade and returning it to the scabbard, all without looking away from the imaginary opponent.

Most practice is solo, eventually with shin-ken (a real blade). In contrast with Kendo, Iaido is performed without protective coverings of any kind. Students must strive to achieve power, precision and perfection in their form. Along the way they learn balance, grace, and control both of the body and the mind. 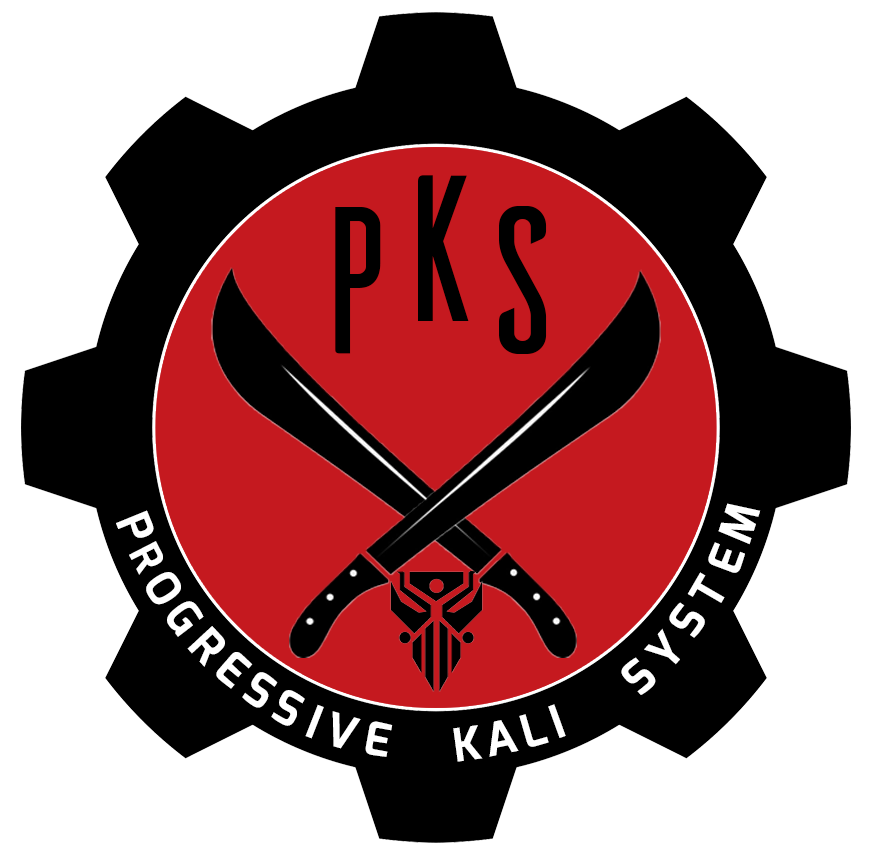 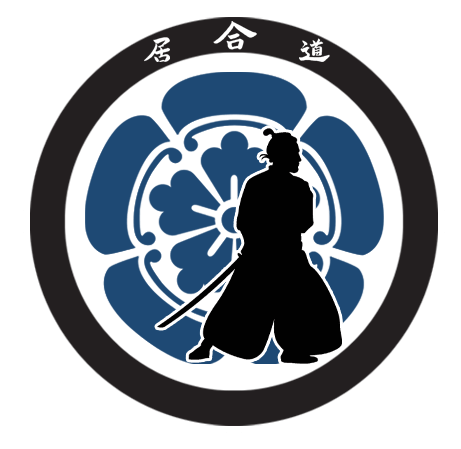 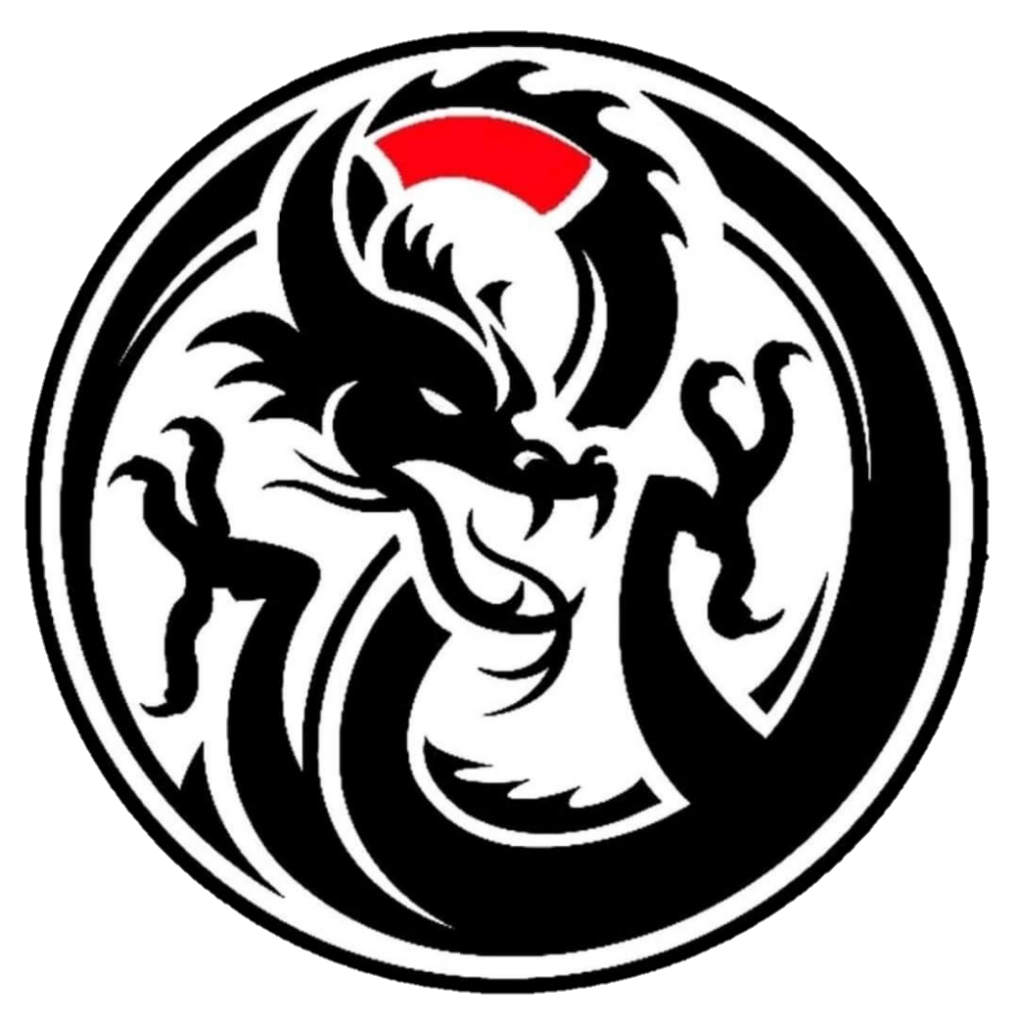 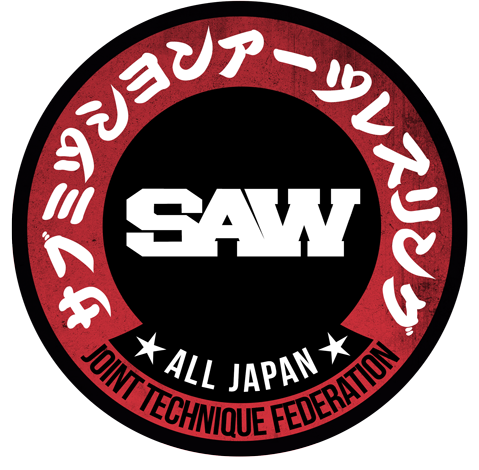 WHY WE ARE HERE

Check out this video from founder AJ Weimer as he shares a bit of history on how the MAUA was founded.  Then sit back, relax, and learn some joint locks!

The Martial Arts Unlimited Association believes there are many paths in the martial arts. We have dedicated ourselves into bringing you, the student, the highest quality of instructorship we can offer. The MAUA believes there is no one dominant art, but that each art represents a different path in one’s bushido or way of the warrior.

Our core values represent the association in what we not just believe in, but live to represent in all of our schools.